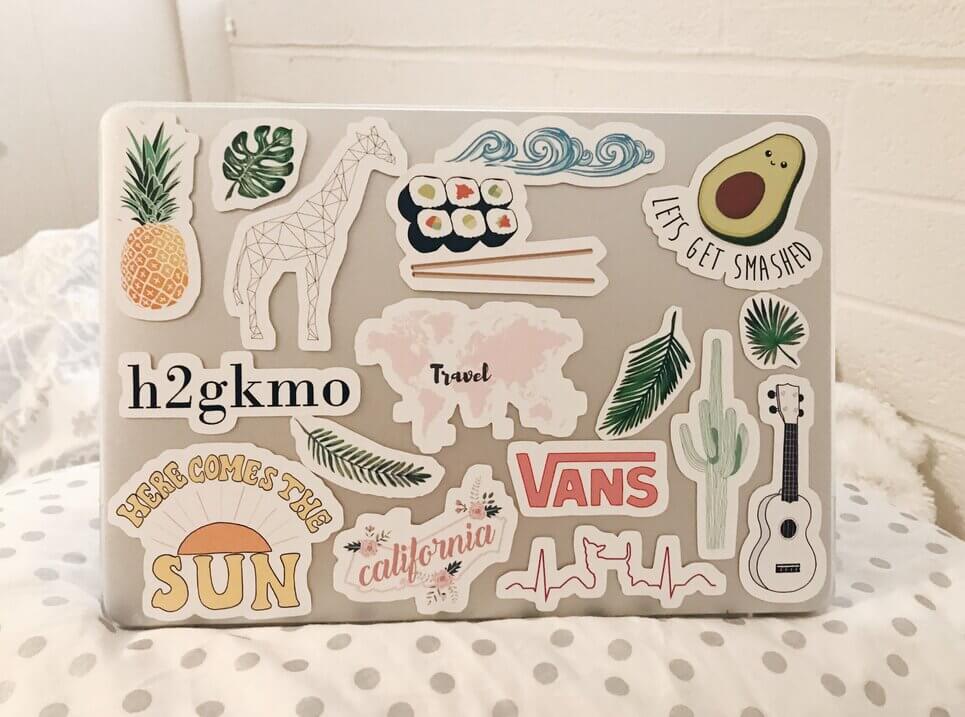 Stickers aren’t just an incentive for kids (a reward for going to the dentist, getting a good grade on a test, completing a homework assignment, or finishing any other task, for example); they’re tons of fun for adults, too!

Stickers re a great way to personalize your possessions and show off your interests and personality. They’re a simple tool that parents can use to tell which kid’s items belongs to which kid and prevent squabbles (“That’s my toy!”, “That isn’t his jacket, it’s mine!”… Sound familiar?) They’re also handy for labeling things around the office to avoid having coworkers walking off with them. In other words, stickers can be used in a myriad of ways and are super useful.

Tailgates, bikes, skateboards, water bottles, helmets, phones, laptops, lunchboxes; there are so many places where you can stick a sticker. While it isn’t hard to find stickers, if you’re looking for designs that are truly unique and that really reflect your individual taste and style, or that feature taglines, slogans, or even just your name, then there’s no better place to go than Redbubble. An online shop where consumers can browse through pre-designed artwork or custom-order stickers from artists around the world, Redbubble has truly revolutionized the world of stickers and has proven that they’ve come a long way from those scratch-n-sniffs that you use to collect as a kid.

If you’re thinking about ordering Redbubble stickers to display on items or in locations where they could be exposed to water, before you proceed with your purchase, there’s no doubt that there’s one key question that you want to have answered: Are Redbubble stickers waterproof?

To find the answer to that question so that you can determine whether purchasing stickers from this online marketplace would be a worthwhile investment, keep on reading. 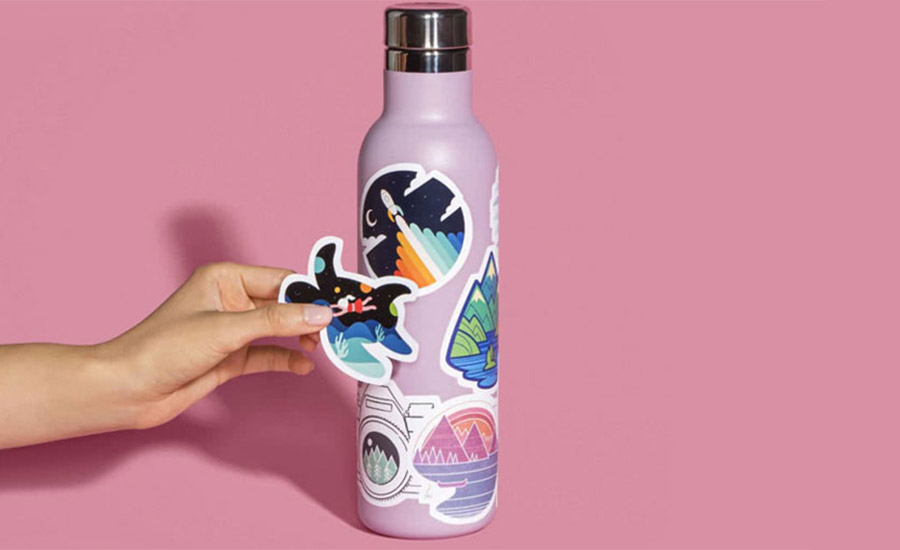 Before we dive in and explore if Redbubble stickers are waterproof, we wanted to take a minute to share with you a bit about the online marketplace.

Redbubble is an online retailer that was launched in Melbourne, Australia in 2006. The idea behind the site was simple: to provide independent artists with an easy way that they could get their creations out in front of an audience, and market and sell their designs. Needless to say, the idea took off pretty quickly, and today, Redbubble has connected more than 700,000 artists and designers around the world with art lovers.

The way Redbubble works is simple: Artists create an account, open up a shop on the marketplace, and upload their designs. Consumers browse through the site in search of artwork that speaks to their fancy. Once a consumer finds what they’re looking for, they complete their purchase, the order is sent to the artist, and the artist sends out the product. It’s kind of like Etsy, but just for artwork.

There are several different product categories on Redbubble, and stickers are among the most popular. Sticker subcategories include car, helmet, hydro flasks, laptops, and magnets. Of course, you aren’t limited to only using the stickers in the categories that they have been assigned to, and can use them any way you see fit.

Redbubble really is a super-cool site. In fact, it’s arguably one of the best spots to find unique creations from talented artists, including, of course, stickers.

Okay, now that you have some background information about Redbubble, let’s get back to the reason why we’re writing this post in the first place: to find out if Redbubble stickers are waterproof. So, are they? 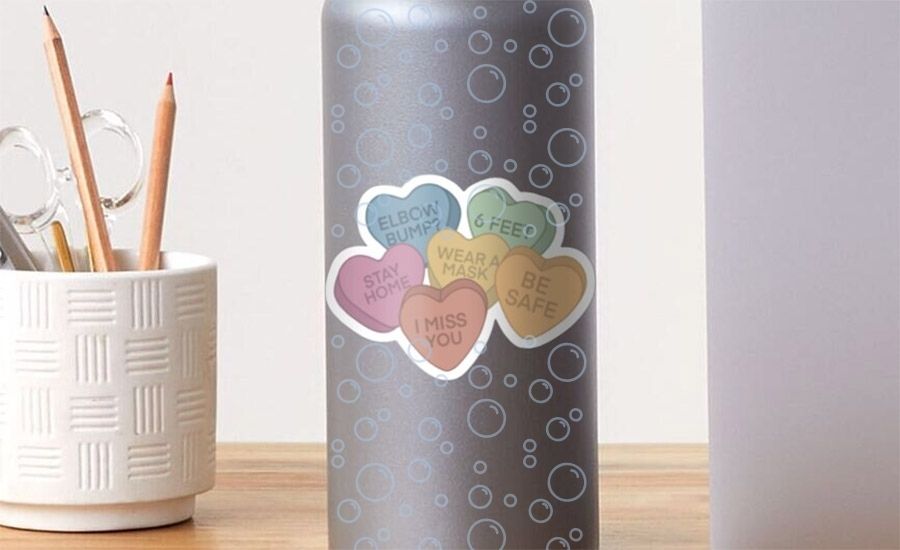 Waterproof vs. Water-Resistant: What’s the Difference?

In order to understand if Redbubble stickers can withstand water, you need to understand the difference between waterproof and water-resistance.

When something is waterproof, it is completely unaffected by moisture. It can be fully submerged in water, snow, ice, or any other kind of liquid for any amount of time and it won’t absorb any of the moisture. As such, a waterproof item will not become damaged when it is exposed to water. In the case of stickers, this not only means that the designs are waterproof, but it also means that the adhesives that are used to stick the sticker in place are also waterproof.

When something is water-resistant, on the other hand, it can resist a good bit of absorption when it is exposed to water; however, it cannot resist absorption completely. The surface of the item can withstand absorption, but if the material is fully submerged in rain, sleet, snow, or any other type of moisture, or if it is exposed to moisture for an extended period of time, it’s going to become damaged. Unfortunately, this means that water-resistant stickers won’t be able to stand up to moisture damage indefinitely; eventually, they will become damaged.

Redbubble stickers are made of vinyl, which is one of the most widely used materials for the production of water-resistant stickers. Based on reviews from users, it appears that the adhesives that Redbubble uses on their stickers are also water-resistant. The same is likely true of the inks, as they don’t smear or smudge.